A creative exploration of the year 2071 through visual storytelling.

We work today to make a better tomorrow; but what do we progress towards? Listen in on two distinct perspectives uncovering advanced technology and its impacts on the world in 2071.

How will the world change in 50 years? How do I want it to change? What do I fear will happen?

In this project, I was asked to create a digital experience about the year 2071. Through a series of critical analyses of the present, I created a dystopian vision of the future aimed at getting viewers to question their motivations when creating products; to go beyond the singular user. "To nowhereland" tells a familiar story of changing the world through corporate greed.

This video is part of a larger project, "Maybe in 50 Years," which exists in the Kenner Room at Carnegie Mellon University. There are a total of nine projects telling different tales of 2071. I served as the lead UX designer for the overall project. (link not available yet)

I want the viewer to question their deeper motivations.

The overarching goal my project is for future leaders to dig deep into their subconscious desires and motivations. To consider how those affect the work you do. America is hooked on money and obsessed with the idea of growth and progress. By no means do I underestimate the importance of money, but we see when money or empty progress is the sole motivation of a product, collateral damage becomes dangerous. Algorithms that push users to extremes, ML that racially profiles, targeted ads that don't care about your wallet. The world is plagued with problems, and nothing will change if we continue like this.

In the following sections, I'll walk you through some critical analyses of the present and forecasts of the future that shaped my dystopian world in 2071. Note: All my forecasts are worst case scenarios in the event we don't change ourselves, meant to provoke the viewer into questioning what they can do to change that. I do believe in a beautiful future, and I am continuously working towards one as well.

We live off empty promises: made in the name of equality, check made out to corporations.

At the height of the Black Lives Matter movement, during the current peak of the Stop Asian Hate movement, several companies came forward in solidarity. Pretty words on instagram, flashy company campaigns and billboards, special sales... but not much substance. Not trying to be too jaded, there are so many companies who do truly care and made a real impact. But time and time again, we see corporate greed attempting to pave the path to a better world, and it just doesn't work.

TekiTokens serve a similar function. They are the promise of fair distribution of technology (pushed through by a tech company that would benefit from more people buying their products...). In practice, they simply hook low income communities on technologies that have a habit of being a recurring purchase, as older models have shortened battery spans and software updates are not compatible.

TekiTokens were modeled off the idea of food stamps, taken to the future in the form of cryptocurrency. I was particularly inspired by a Twitter post (original account unknown) that recounts how cars and phones have become affordable, but so many families still cannot put food on the table. No matter how advanced technology becomes, it seems we are doomed to the same issues. In my project, we see this theme reveal itself in the form of new bionic technology, same lack health care. 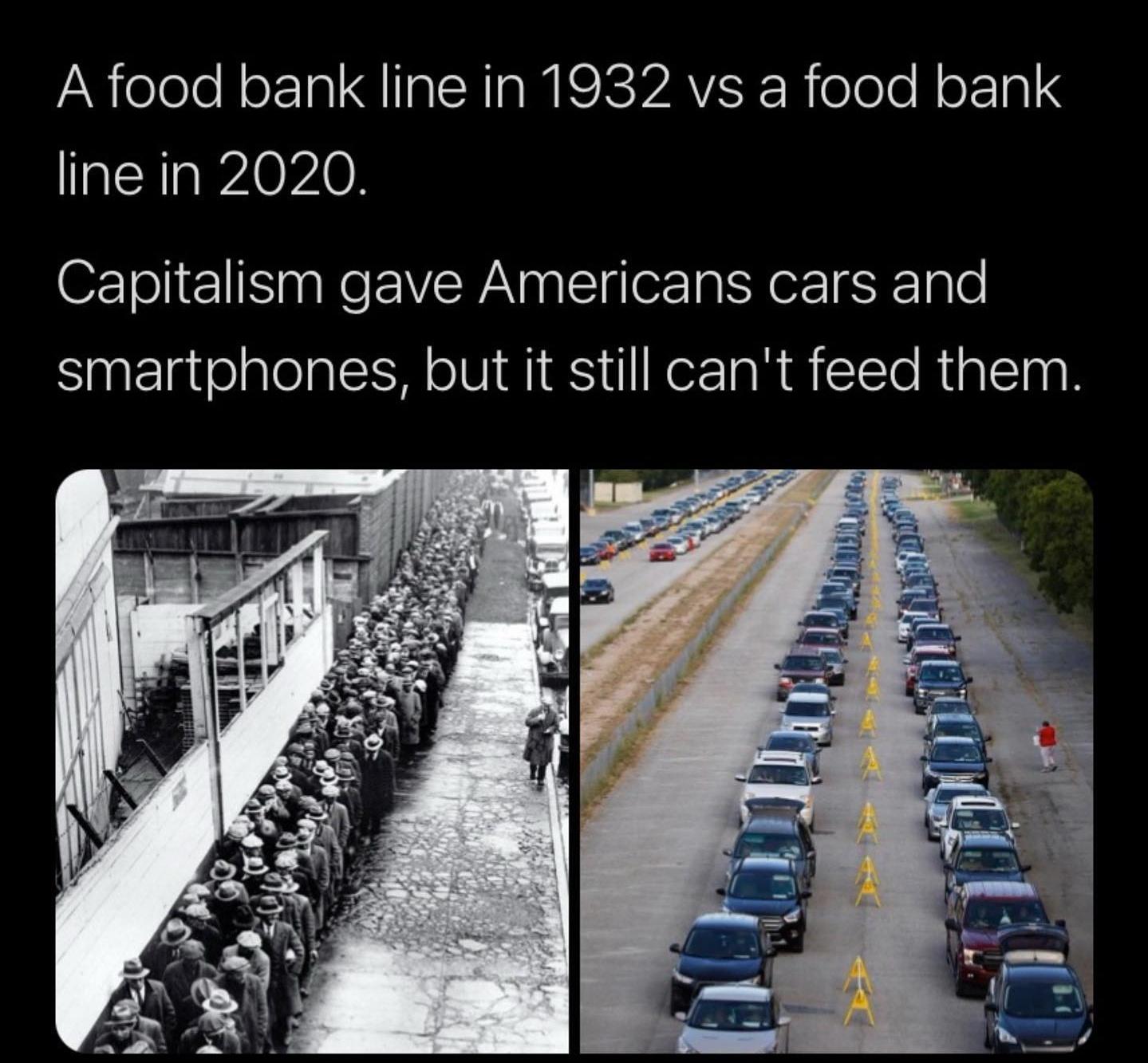 Humans will be for the wealthy.

A struggle we currently face is equitable distribution of technology. But what happens when technology companies deem it's time to make it affordable for the rest of the population? I fear that once technology becomes more available, it becomes a way to deprive low income communities of proper service. It becomes a crutch, a necessity – we already saw how cars and phones have become essentials akin to food and water.

While technology insecurity still runs rampant, another prime example of this forecast beginning to show is how technology like iPads and laptops are stepping in the bounds of education. There have already been initiatives to largely remove teachers in favor or technology driven learning experiences (BBC). As technology becomes more affordable, it will be cheaper to hand a student a reusable iPad with downloaded lessons than to pay a continuous fair wage to teachers. The worst possible outcome is human teachers are only present for those who can afford it.

I reflect this idea through my project; the female cannot afford to see a doctor. In this 2071, medical services are exclusively for the wealthy. Humans are for the wealthy, while technology is for the poor. Meanwhile, the poor become increasingly reliant on new technology just to survive, as the female character makes clear, the TekiTokens hooked her on bionics and she doesn't know how to break free from using them.

Technology will be overapplied, used to placate the simplest of problems.

We have developed a tendency to throw technology at anything and everything with no real purpose. The more advanced it is, the flashier it is, seemingly the better. We love to use AR/VR for no real reason, we tried building IoT ridden cities that hurt more than help, we love the idea of technology and progress.

In "To Nowhereland," the female character only breaks her arm but is given this high specs solution, she didn't need a bionic arm. And it's a combination of greed, the vicious cycle, and a blind desire for progress that have put her where she is.

What does it mean to be human?

Throughout my project and really throughout all my recent endeavors, I have questioned what it means to be human, who gets to be human. With the increasing personification of technology, we must ask how our treatment and development of tech reflects on us. Cussing out voice agents, affirming gender stereotypes, giving false impressions on the robustness of a product. I am uncomfortable with the idea of selling personified technology because it runs parallel to buying a human, one that we have complete control over, one that we can abuse and get comfortable with that feeling of omnipotence.

The female character struggles with her identity and how she relates to humanity. The idea that she is "better off human" touches on the idea that she doesn't need to fit society's vision of an able bodied person to live. Even though her amputation was the cost of a selfish society, she is still a fully capable person with her amputated arm. Her theoretical rejection of technology is a freeing step for her, but in practice she is cruelly drawn back to reality, where she must fit the standard to survive.